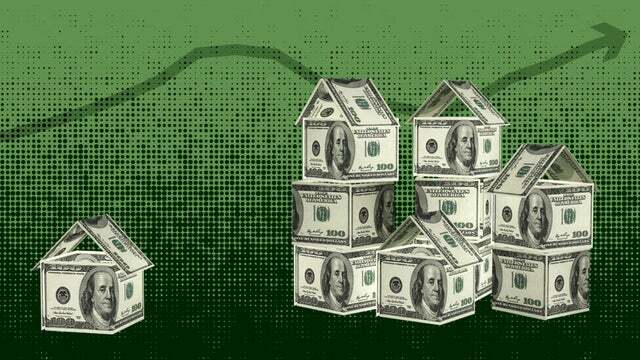 The growing housing affordability crisis that is making it increasingly difficult for millions of middle-class households to buy a home or afford their rent could have grave repercussions for the economy unless policymakers take immediate action.

So it is particularly heartening that President Trump is making housing a top priority by issuing an executive order that focuses on the need to resolve regulatory challenges that are hindering the production of badly needed quality, affordable housing.

Other factors contributing to the mounting lack of affordable housing include: a shortage of construction workers; rising costs of building materials aggravated by tariffs on Canadian lumber and steel and aluminum imports from China; higher permitting costs; a lack of build-able lots; growing mortgage liquidity concerns; and stiff zoning restrictions.

These issues helped push housing affordability near a 10-year low in the first quarter of 2019, according to the latest National Association of Home Builders (NAHB)/Wells Fargo Housing Opportunity Index. Nationwide just six out of 10 buyers can afford a typical home.

A national survey conducted by Morning Consult on behalf of NAHB confirms the severity of the problem. Nearly three out of four American households (73 percent) believe that a lack of affordable housing is a problem in the U.S., and 58 percent said that if they decided to purchase a home in the near future, they would have trouble finding a home they could afford in their city or county.

The president’s executive order cites the need to rein in excessive regulations that are contributing to the nation’s mounting housing affordability woes. On average, government regulations account for nearly 25 percent of the price of building a single-family home and more than 30 percent of the cost of a typical multifamily development.

Policymakers at all levels of government must work with industry leaders to ease regulatory burdens and keep housing within reach for all Americans. The need to act now is especially urgent given that housing has generally underperformed thus far in 2019 even as GDP growth of 3.2 percent for the first quarter has exceeded analysts’ expectations. Until affordability conditions improve, housing will continue to hamper overall economic growth.

Of course, housing is primarily a local issue. Generally driven by local sentiment, restrictive policies that limit or even prohibit various types of homes and make large areas off-limits to new construction contribute significantly to the affordability problem. This is why localities must be given incentives to ease restrictions that are making it increasingly difficult for builders to produce affordable homes.

The federal government has an important role to play as well. Congress can help ease a chronic labor shortage in the housing industry that is resulting in higher construction costs, increased home prices and reduced economic output. Lawmakers must make it a priority to promote job training programs to prepare individuals for careers in home building and pursue immigration policies that complement ongoing vocational training efforts and help fill labor gaps while protecting the nation’s borders.

To ensure sufficient mortgage liquidity for homeownership and rental housing opportunities, Congress needs to enact meaningful housing finance reform that maintains an appropriate level of federal support. This is especially important for ensuring the availability of the 30-year fixed-rate mortgage that has enabled millions of American families to build wealth and financial security through homeownership.

Congress can help builders expand the production of sorely needed affordable rental housing units by passing the Affordable Housing Credit Improvement Act, bipartisan legislation recently introduced in the House and Senate that would improve and enhance the Low-Income Housing Tax Credit. Specifically, making permanent the 4 percent credit rate for acquisition and bond-financed projects would further promote the construction of affordable housing by providing more certainty and flexibility in financing these properties.

A critical but often overlooked factor that is hurting housing affordability is the ongoing trade war on lumber, steel, aluminum and other imported materials and equipment that is needlessly driving up housing costs. The administration needs to negotiate a new Softwood Lumber Agreement with Canada and to resolve the trade dispute with China to bring down the artificial increase in building material prices that are putting upward pressure on home prices and rental units.

The American dream begins at home. Local and national officials must make it a priority to explore and implement creative strategies that will help reach the goal of “a decent home and a suitable environment for every American family,” that was set by Congress in 1949.