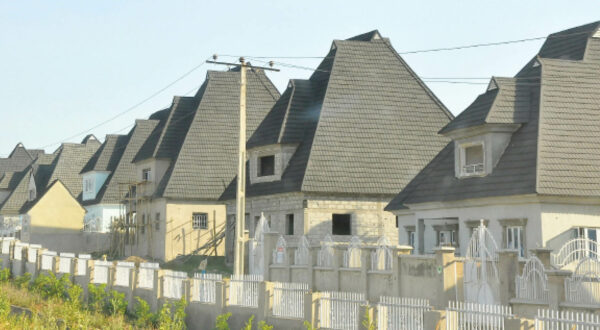 Just move around the major districts of Abuja, capital city of the Federal Capital Territory (FCT), and you will see many private properties abandoned midway into construction. Some of the house remained unattended for over 10 years. Some of the properties are multi-storey buildings which owners have left to rot away.

A number of the buildings are said to belong to politicians who are either out of power or have lost their means of income and are unable to complete these structures. In other situations, several of the buildings are under investigation by the Economic and Financial Crimes Commission (EFCC).

These edifices have also continued to be a source of security concern to residents because some of them habour hoodlums and shelter many homeless and vulnerable people.

The districts mostly affected are Utako, Jabi, Gwarimpa, Central Business Area, Maitama and Wuse. This reporter who visited some of these abandoned properties found out that some serve as shelter for many people, including women and children.

Sources at the FCT Administration (FCTA) said since 2019, the administration had marked over 600 abandoned buildings at various levels of completion in different parts of the territory for takeover by the federal government, but that the move faced encumbrances because of legal tussles.

They further said some of the properties were owned by very powerful politicians and as such taking them over had become a major issue for the FCTA.

Other issues include the fact that some of the owners of these properties are now deceased; creating a vacuum for legal battles over inheritance.

A real estate agent in Abuja, Sani Abdullahi, said some of the buildings, especially the multi-storey structures, were under EFCC investigation and “as such there is absolutely very little the FCTA could do about them.”

Abdullahi further said, “Some of these structures are linked to politicians who fraudulently acquired them or built them with stolen funds; that is why when you go closer, you will see some marked as property under EFCC investigation.”

He explained that no real estate developer would sink billions in such edifices and abandon them for over 10 years, adding that before a developer embarked on a project, “The business visibility and potential would have been mapped out because no business person would just go and throw money somewhere just like that.”