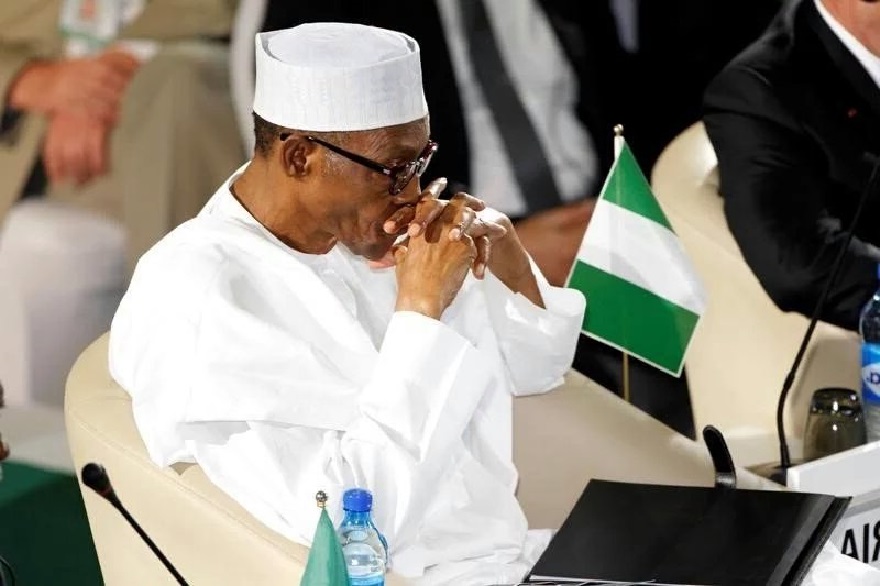 Nigeria is the largest producer of oil in Sub-Saharan Africa with crude production of about 2.18 million barrels per day. Oil has been the mainstay of the Nigerian economy since the 1970s with about 90 percent of Nigeria’s export revenue and foreign exchange earnings coming from it.

The dependence on oil has left Nigeria vulnerable to external shocks resulting from crisis in the global oil market over the years and many have called for the economy to be diversified to avoid this unnecessary exposure. The government, both past and present, have been aware of this overdependence and have continuously spoken about the need to diversify, yet each oil crisis seems to meet the country at a worse state than the previous one.

It is difficult to understand why the country will identify the need to diversify and not do enough to accomplish this. The United Arab Emirates (UAE) has a population of about 9.68 million compared to Nigeria’s population of about 195 million (World Bank). UAE produces more oil than Nigeria and has continued to make deliberate efforts to diversify her economy by investing heavily in tourism, Infrastructure, Manufacturing and Commercial aviation among many others in order to absorb any shock that the global oil market might bring.

Nigeria, on the other hand, has identified sectors such as Agriculture and Manufacturing as critical to diversifying the economy, but these sectors still do not receive sufficient attention neither do they generate substantial export revenue or foreign exchange to cushion the effect of any oil crisis.

The recent oil crisis is as a result of the glut in the global oil market caused by the declining demand due to the Coronavirus (COVID-19) disease. It is difficult to estimate how long the low demand for oil will last for as the World Health Organization (WHO) has recently upgraded the disease to a pandemic to indicate the rapid spread of the disease around the World. Oil prices have plummeted by about 30 percent to just over $30 per barrel. While the rapid decline in the price could have been avoided, the OPEC+ Countries have failed to agree on output cut as Saudi Arabia and Russia, the powerhouses in oil production, are currently engaged in a price war. The African proverb which says “When two elephants fight, it is the grass that suffers” is very much applicable in this case as Saudi Arabia and Russia are capable of producing oil at a very low price which means they will still make considerable profit even at the current price but countries like Nigeria cannot afford the same luxury.

About 40 percent of Nigeria’s crude oil production happens at offshore fields which are very expensive while the rest of the production happens onshore where the terrain is both difficult and uncertain due to the strained relationship between the oil companies and the local communities, militancy, theft and the general insecurity of these areas. The Nigerian National Petroleum Company (NNPC) has stated her desire to reduce the cost of crude oil production in the country but it is unclear how quickly this will happen to ensure that Nigeria does not fall victim of another oil crisis in future.

Data from the Debt Management Office (DMO) indicates that Nigeria has a total external debt of $26.9 billion as at September 2019. The Nigerian Senate also recently approved the borrowing of the sum of $22.7 billion (N8.1 Trillion) by the government. This continuous borrowing in foreign currency will have a negative impact on the Nigerian economy as oil is the major source of foreign exchange revenue for the country. Revenues from oil will also contribute the most to the repayment of the debt but the Oil market is currently hit by the crisis in the global economy and has over the past years been unstable due to different factors. Moreover, past borrowings have not exactly been used to build infrastructure or develop critical sectors of the economy which could bring about economic growth in the short run and economic development in the long run. These debts would still have to be serviced and the earlier Nigeria develops and significantly increases her non-oil foreign currency revenue, the more likely that she will be able to cope with repayment.

Even before the advent of the current oil crisis, Nigeria’s foreign reserves was already on a free fall with data from the Central Bank of Nigeria (CBN) showing that the reserves dropped from a high of $45 billion in June 2019 to stand at $38.61 billion as at December 2019. This marked decrease is not unconnected to the apex body’s quest to support the naira in order to prevent devaluation. One wonders how long this can last for as the sharp drop in foreign exchange inflow and the Central Bank’s desire to continue to stabilize the naira will surely lead to a further depletion of the foreign reserves and leave the apex body with almost no choice but to devalue the naira. The market is already envisaging scarcity of foreign exchange in the country and this is already causing depreciation in the FX market. It seems now that it is only a matter of ‘when’ rather than ‘if’ the Central Bank will devalue the naira. Devaluation of the naira will undoubtedly increase the hardship on Nigerians as goods will become more expensive due to the high dependence on import for even basic necessities.

Nigeria’s 2020 budget stands at N10.59 trillion ($35 billion) and the government was planning to fund the major part of it with the revenue generated from oil. The benchmark crude oil price was set at $57 per barrel but with the price currently hovering around $30, it remains to be seen how Nigeria will adjust to this shock. More importantly, it is difficult to see how Nigeria will finance the budget. Once again, the country has been left vulnerable when diversification of the economy could have reduced the extent of the shock. The government is currently scrambling for ways to handle this crisis as Nigeria has been caught in an offside position again.

The lessons from the current oil crisis is there for all to see and the Nigerian government has to manage the crisis in the best way possible in order to minimize the hardship on the citizenry, and then do everything possible to ensure that she is not caught off guard if and when there is a re-occurrence. The government has to expedite action on the development of the non-oil sectors and reduce the dependence on oil. This looks like the case of knowing the answer to a mathematical question but not knowing the process to arrive at it. We all know economic diversification is the answer but it seems (surprisingly though) that the process to achieve this is unknown. I think we have seen enough to make us more serious in our search and pursuit of the right strategies to get to the answer.

READ ALSO:  How the latest Fitch Report Affects you in 2020