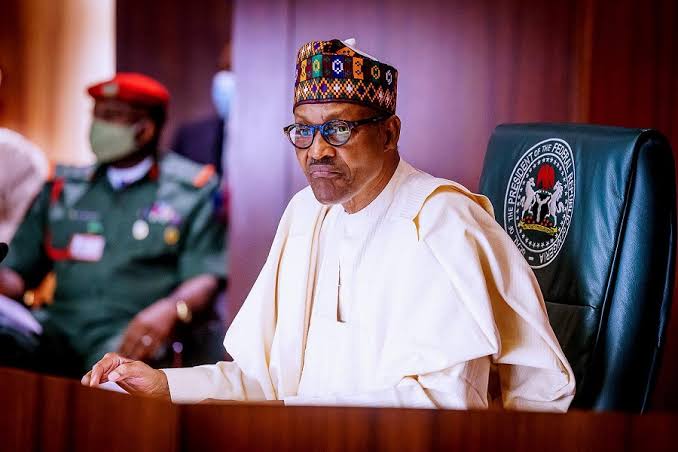 A London Newspaper, The Economist, has blasted President Muhammadu Buhari and the Nigerian Army over the poor state of the country.

It equally discussed reasons Nigerian youths migrate to other countries.  “Why, then, do most young Nigerians want to emigrate? One reason is that they are scared. Jihadists are carving out a caliphate in the north-east; gangs of kidnappers are terrorising the north-west; the fire of Biafran secessionism has been rekindled in the oil-rich south-east. The violence threatens not just Nigeria’s 200m people, but also the stability of the entire region that surrounds them.”

Faulting Buhari’s anti-Corruption fight, the Economic liberalism, Radical centrism and Social liberalism paper founded on September 1843, said: “Economic troubles are compounded by a government that is inept and heavy-handed. Mr Buhari, who was elected in 2015, turned an oil shock into a recession by propping up the naira and barring many imports in the hope this would spur domestic production.

Instead he sent annual food inflation soaring above 20%. He has failed to curb corruption, which breeds resentment. Many Nigerians are furious that they see so little benefit from the country’s billions of petrodollars, much of which their rulers have squandered or stolen. Many politicians blame rival ethnic or religious groups, claiming they have taken more than their fair share. This wins votes, but makes Nigeria a tinderbox.

READ ALSO:  Why Echostone Was Honoured At AIHS 2019

“When violence erupts, the government does nothing or cracks heads almost indiscriminately. Nigeria’s army is mighty on paper. But many of its soldiers are “ghosts” who exist only on the payroll, and much of its equipment is stolen and sold to insurgents. The army is also stretched thin, having been deployed to all of Nigeria’s states. The police are understaffed, demoralised and poorly trained. Many supplement their low pay by robbing the public they have sworn to protect.”

Read the full editorial below:

The crime scene at the heart of Africa

“Little more than six decades ago, as Nigeria was nearing independence, even those who were soon to govern Africa’s largest country had their doubts about whether it would hold together. British colonists had drawn a border around land that was home to more than 250 ethnic groups. Obafemi Awolowo, a politician of that era, evoked Metternich, fretting that “Nigeria is not a nation. It is a mere geographical expression.”

“The early years of independence seemed to prove him right. Coup followed coup. Ethnic pogroms helped spark a civil war that cost 1m lives, as the south-eastern region calling itself Biafra tried to break away and was ruthlessly crushed. Military rule was the norm until 1999. Despite this inauspicious start, Nigeria is now a powerhouse. Home to one in six sub-Saharan Africans, it is the continent’s most boisterous democracy. Its economy, the largest, generates a quarter of Africa’s gdp. Nollywood makes more titles than any other country’s film industry bar Bollywood. Three of sub-Saharan Africa’s four fintech “unicorns” (startups valued at more than $1bn) are Nigerian.

“Why, then, do most young Nigerians want to emigrate? One reason is that they are scared. Jihadists are carving out a caliphate in the north-east; gangs of kidnappers are terrorising the north-west; the fire of Biafran secessionism has been rekindled in the oil-rich south-east. The violence threatens not just Nigeria’s 200m people, but also the stability of the entire region that surrounds them.

“Readers who do not follow Nigeria closely may ask: what’s new? Nigeria has been corrupt and turbulent for decades. What has changed of late, though, is that jihadism, organised crime and political violence have grown so intense and widespread that most of the country is sliding towards ungovernability. In the first nine months of 2021 almost 8,000 people were directly killed in various conflicts. Hundreds of thousands more have perished because of hunger and disease caused by fighting. More than 2m have fled their homes.

“The jihadist threat in the north-east has metastasised. A few years ago, an area the size of Belgium was controlled by Boko Haram, a group of zealots notorious for enslaving young girls. Now, Boko Haram is being supplanted by an affiliate of Islamic State that is equally brutal but more competent, and so a bigger danger to Nigeria. In the south-east, demagogues are stirring up ethnic grievances and feeding the delusion that one group, the Igbos, can walk off with all the country’s oil, the source of about half of government revenues. President Muhammadu Buhari has hinted that Biafran separatism will be dealt with as ruthlessly now as it was half a century ago.

“Meanwhile, across wide swathes of Nigeria, a collapse in security and state authority has allowed criminal gangs to run wild. In the first nine months of this year some 2,200 people were kidnapped for ransom, more than double the roughly 1,000 abducted in 2020. Perhaps a million children are missing school for fear that they will be snatched.

“Two factors help explain Nigeria’s increasing instability: a sick economy and a bumbling government. Slow growth and two recessions have made Nigerians poorer, on average, each year since oil prices fell in 2015. Before covid-19, fully 40% of them were below Nigeria’s extremely low poverty line of about $1 a day. If Nigeria’s 36 states were stand-alone countries, more than one-third would be categorised by the World Bank as “low-income” (less than $1,045 a head). Poverty combined with stagnation tends to increase the risk of civil conflict.