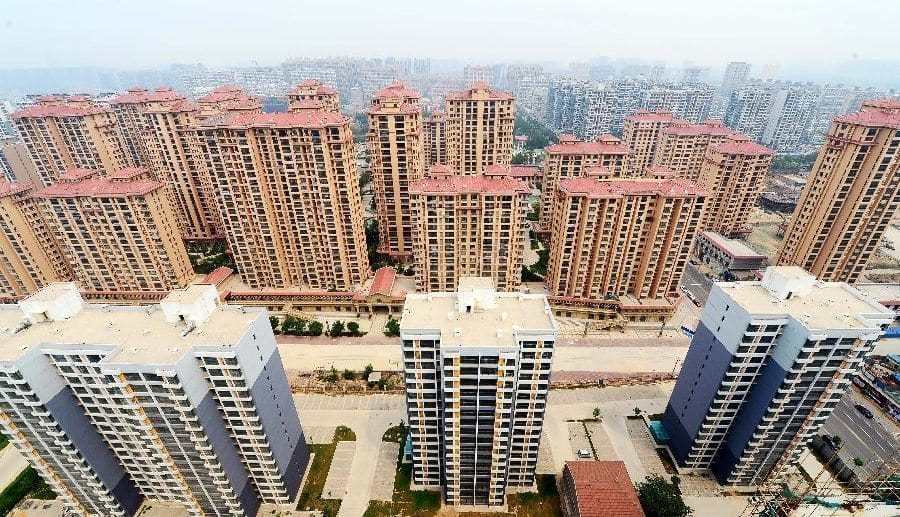 Nigeria’s population currently put at about N200 million and growing certainly puts more pressure on the available resources‎ to be shared by an ever increasing population.

To worsen the concern, inappropriate policy direction, albeit policy inconsistency, has been the bane of Nigeria’s dwindling fortunes with regard to maximising it’s economic potential as the Africa’s largest economy.

Nigeria has an ever increasing housing deficit of more than 17 million. President Muhammadu Buhari’s first tenure promised to build one million houses per annum to address the huge housing deficit and was even re-emphasised by Boss Mustapha, Secretary to the Government of the Federation just last year.

The ruling party, the All Progressive Congress (APC) said it would review the Land Use Act and provide the infrastructure to realise the plan of addressing Nigeria’s housing deficit.

In 2015, Lai Mohammed, the former Minister of Information and Culture said at an inter-party debate organised by the Centre for Democracy and Development, and Open Society Initiative for West Africa said, “We would use the Land Use Act reform in a manner that will encourage all states to computerised their lands. That is why we said we would create a mortgage market that can build one million houses per annum.”

A lot of these promises down the line have not been fulfilled within the last four years, which compounds Nigeria’s housing problem, amidst concerns of ever increasing population growth rate of almost 3 percent.

Fact check shows that not up to 5000 houses were built by the government at the first tenure of the APC led federal government which has not embarked on the needed reforms which ought to attract private capital into the housing sector.

But how can a government with a paltry budget of about N9 trillion naira, albeit borrowing to fund a greater percentage of its budget, amidst concerns of also a huge chunk of sub-national government’s struggling to pay salaries of workers ‎be able to close the housing deficit gap on its own without the support of private capital?

In turning around the situation, Nigeria has so much to learn from countries like South Africa and Namibia, experts submitted at the BusinessDay real estate summit in Abuja recently.

Specifically in 2006, South Africa’s Public Investment Commission (PIC) announced plans to create a continent-wide 25-year equity funds to mobilise local and international investment for infrastructure development in Africa. PIC includes the government’s employees pension fund and has about R600 -billion in assets under management, making this the largest fund management initiative in the country.

In Namibia and Mozambique, private equity funds are moving in there to scale up housing projects, on the back of laid out template to attract such funds into its sector unlike the unattractive land use act which bestows on the governors absolute rights on the land with several impediments in encouraging private equity due to several encumbrances.

Industry watchers suggest that commercial mortgage credit facility interest rate should be less than 10 percent per annum. “There should be sectoral allocation policy by CBN, mandating banks to lend particular percentages of credit facility to certain critical sectors including housing.

“Government should simplify Property Rights and make it accessible and affordable,‎” Chijioke Ekechukwu, a former director general of Abuja Chamber of Commerce and Industry, told BusinessDay.

This development, they said, would make Nigeria more attractive for private capital investors in real estate and housing infrastructure, since most of them are looking towards South Africa, Angola, Namibia, Mozambique, for such investments since there are better investments framework.

BusinessDay Real Estate Roundtable and Exhibition is an annual event and had this year’s theme‎ as, “Scaling Up Responsible Land Governance to Ease Affordable Housing Delivery”.

“With the annual budget of over N8 trillion, and capital of about 25 percent, it is clear that the government cannot fund the development of infrastructure. Unless the environment is ready, you won’t have the private capital,” Ese Stephen Owie, Chief Executive Officer, (Sub-saharan Africa), Numelec SA, Geneva, Switzerland said.

“In United states, for instance, what they have done is to have a number of infrastructure bonds, government’s support, unbiased support to home developers, guarantees given to the private sector, and investors.”

He stated further that the government must ensure an enabling environment to tap into the private capital investments of development finance institutions, commercial banks, investment banks in a bid to address housing deficit concerns.

“We should start revising our housing regulations, access to title, looking at the land use act and its encumbrances to getting title, when we do that the private sector can now move in with their capitals.”

Owie raised further concern that the process of acquiring title to land is such that the Certificate of Occupancy takes a bit of time and no bank wants to wait that. “The point is that unless we review the issues under the Land Use Act we will not make substantial progress in terms of housing finance because at the core of housing finance is the issue of access to land and title to land and that is a major problem.

“I am not sure up to five states in Nigeria have been able to digitize their land bank, and unless you begin to reform that there will be no basis for you to have land transactions and that that is key. So we need the political will to reform the Land Use Act and this must be done to change that narrative,” he said.

He added that there is absolutely no way any government can personally fund housing development, stressing the need for more private sector participation in the sector.

Also speaking during a panel discussion, Babajide Odusolu, Group Chief Executive Officer, Legacy Holdings Limited, said the state governors guide the land jealously because “land is the IGR driver for most states under the Land Use Act”. He however, called on the state governments to incentivize development by putting infrastructure in their areas to attract investments.

Nasiru Suleiman, Managing Director/Chief Executive Officer of Wiser Estates ‎said, “Coming together to partner with the intention of solving land and housing problem is a good you have taken. Everything we are talking move towards affordable housing and how we will reduce house deficit. Affordable house would have been but there is basic problem is poverty. It is either average Nigerian not employed or underemployed and what that means is that, they don’t either have money to buy houses no matter how cheap or are not earning enough to either talk of buying houses.”

For Kehinde Ogundimu, Managing director of Nigeria Mortgage Refinance Company PLC, “the best place to get money from the private sector is the debt capital market which is in trillions. Your pension, my pension and other things. For us to be able to meet the increasing need and the limited resources, we have to resort to debt capital market.”

“As long as inflation rate remains high, interest rate will remain high and that will make mortgages impossible for people to afford and then, construction. You have to address both the demand and supply.