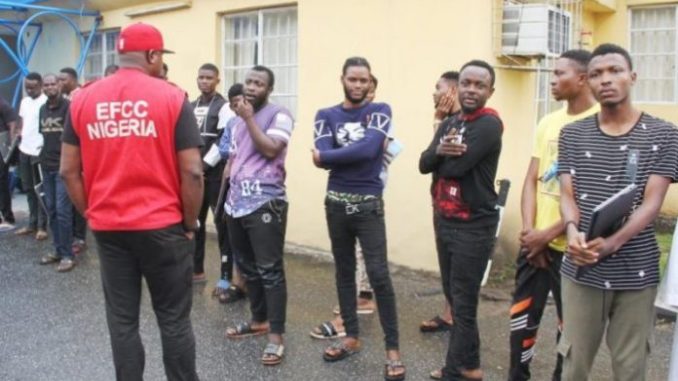 Delta state governor, Dr. Ifeanyi Okowa has lamented that politics in Nigeria does not encourage the eradication of corruption.

Governor Okowa urged political leaders to work for the interest of the people and for a better country rather than self.

The governor made the call at the annual re-union of Class  81 of the Nigeria Airforce Military School, Jos.

The event which  featured the delivery of a lecture with theme, “Path to Purposeful and Legacy Leadership took place in Asaba, state capital.

Dr. Okowa who decried situation where money is becoming a strong determining factor in who holds what positions saying  that there should be emphasis on health, education and good moral upbringing for children to enable them become good leaders, and better citizens.

According to him, “I hope one day, our politicians will be futuristic in their actions, put the interests of the people first and not what they stand to gain as individuals; that way, our country will be better; we hope that one day, we will have leaders who will be compassionate about our people and about the nation.

“The question is, are the emerging political leaders ready to play by the rules? Most of those who want to do the right things are constrained by money; so, the way politics is played in Nigeria does not encourage the eradication of corruption.

“The perception concerning politics and the way it is played is a great challenge in our country, if only we can start to rework our thought process to positively think more about how the people feels, how our actions and inactions are affecting the people, it will be good for us because, the politicians in Nigeria can do things right.

“People are made to spend money the way they ought not to in the political arena; someone who is running for an election must have a deep pocket otherwise, someone with a deep pocket will sponsor him and at the end, will be pulling the strings from behind; there is a new trend where the leaders take over the Assemblies and the governor has to obey the leaders; our youths also want the immediate gratification; the current drive in the society is not good for our nation as we now have more youths that wants to make quick money, engage in thuggery.

“Education is very important but unfortunately, some times, the budget for education is more about recurrent expenses,” the Governor said.

He also, decried situation where population is used as determining factor for allocating resources to states by the federal government and commended Class  81 of the Nigeria Airforce Military School for organising an annual reunion which creates opportunity for them to set agenda for themselves and for the good of the country.

Mr Gbenga Oyebode  in his lecture, described Governor Okowa as a man with strong faith who is committed to leaving legacies.

However,  he charged  leaders to innovate, stay updated, keep learning and encourage more Nigerians to acquire education and give back positively to the society.