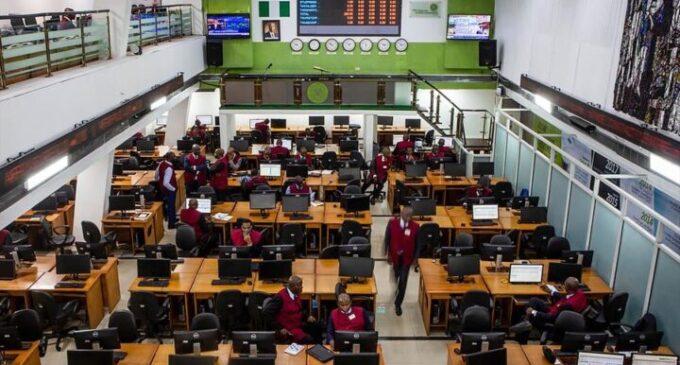 The Equities market of the Nigerian Exchange (NGX) Limited has been ranked as the best investment asset class to hedge against inflation from August 2020 to August 2021.

The Financial Derivatives Company (FDC) disclosed in the inflation vs investment return data released for August, on Sunday, in Lagos.

Among the four asset classes tracked by the FDC, the Nigerian equity emerged the best hedge against inflation on a year-on-year (y-o-y) basis.

The data also showed that NGX topped the list as it recorded y-o-y return of 54.85 per cent against inflation rate of 17.38 per cent.

According to it, the Nigerian equity investors’ return beats inflation by 37.47 per cent.

The data indicated that U.S. equities performance stood at 29.2 per cent; real estate 15.08 per cent and Treasury Bills rates offered 6.8 per cent.

“Recall that the Nigerian equity market was named the best-performing stock market in 2020, with over 50 per cent gain, according to a report by Bloomberg.

“With earnings season now upon us, investors have begun to enjoy returns beyond capital gains, by way of dividend payments which some companies have already announced.

“Capital market players also continue to look forward to the Exchange’s activities with regards to galvanising participation through its innovative products and services, strong investments in technology and information dissemination,” the data said.

Be More Responsible in The Handling of Government Properties – Fashakin

The sense of responsibility determines the manner by which things are handled. Just because some objects or structures are public shouldn’t make us lose sense of proper handling. Public infrastructures are assumed to be owned by government, but we don’t share the view that we are part of the government.

That is, what is owned by the citizens of a country is equally owned by the government and vice versa. We use these public places with carelessness and impunity. A stock-taking of these facilities brings unhappiness, an after-taste of bitterness.

It becomes extremely worrisome the state of dilapidation of our public-tax payers’ owned institutions. Our public libraries have become shadows of their original state, almost becoming inactive and moribund. Books are mutilated, that is if some are not taken away without returning them.

Shelves are almost becoming empty for the recklessness of the users; they walk in, borrow books and write their names on these public-owned materials and keep them on their personal shelves for references. If we go by this pace of impunity in our public libraries, there will be no legacy to leave behind.

Another eyesore of the public infrastructures are our roads, some major highways and even streets. The worst of them are the streets as we find many occupied by artisans as their workshops. These technicians use the streets for repairs and services of maintenance. Some panel beaters, mechanics – our local mechanical engineers, welders and a host of others recklessly taking laws into their hands.

There are government-owned workshops and even mechanic villages in some strategic parts of the states. These outlets may be claimed to be insufficient but adding to the numbers could be done privately for correction sake! We can’t continue to struggle on these streets for traffic movement because these pseudo- road users have occupied the better parts of the roads.

A more advanced aspect of this state of affairs is organising parties on these streets by some politically-influential individuals claiming more right over other road users and flaunting the existing laws on road usage. Perpetrators would close this street and stage a show of power without permission and prior notice to residents.

This is delinquent, a high state of inconsideration to other road users. In the course of the party, which is of no significance to the neighbourhood, all wastes generated may not be disposed on time, causing stench in the environment. Littering the community itself is against the environmental law.

Road users find it extremely unbearable with numerous cars parked indiscriminately at the walkways of our major roads. Most houses in parts of Lagos metropolis don’t have spaces for their residents to park their vehicles or some landlords have used these spaces for irrelevant purposes,thus depriving their tenants space to park.

There are cases of illegal buildings marked for demolition by the agency responsible for illegal structures in Lagos State, the Lagos State Building Control Agency, LSBCA. Being a commercial hub, Lagos State’s landlords would want to maximise the space at the detriment of other public facilities. Some take this recklessness to the extreme by rearing animals: turning a residential area to a ranch or a grazing pasture! These are eyesores for a mega and smart city.

Moving through some market areas in the state, some walkways and pedestrian bridges have become trading squares. Pedestrians dare not stumble on their wares; these street traders may pounce on you. Some allegations had it that some potholes on our roads are intentionally dug by these street hawkers.

With traffic expected to flow freely when the road is smooth, the suspicion is that some unscrupulous traders may be tempted to dig up portions of the road to create traffic jam for their hawking business. It is extremely unpatriotic to destroy our heritage in infrastructures and public facilities. Kraals have shifted base to streets and highways, moving cattle around through farmlands and crossing highways is suicidal but has become the norm.

Self-aggrandisement using public funds and properties is unconstitutional. The government in its wisdom instituted the Economic and Financial Crimes Commission, EFCC, and the Independent Corrupt Practices and other related offences Commission, ICPC, to check the excesses of public office holders and other corrupt individuals. Diversion of public funds is illicit and could heighten the deficit of development in our society. If you fail while in government, the scoresheets reveal more on infrastructures and this can be equated to sabotage.

Poor handling of public properties and institutions permeates generations. The budding generation takes cues from the existing ones. Records are there that successors of previous leaderships didn’t improve on the performances of their predecessors, except in few cases. What this suggests is that we should train our children on how to handle and manage public funds and properties.

It is the hard-earned taxes from the active citizens that are used to ameliorate backwardness and insufficiency. Nation-building revolves around responsibility shared among disciplined, progressive and dedicated officeholders. We add salt to injury while these estates are distressed out of ignorance or excessiveness.

The fight against the wrong use of public infrastructures should take the lead of discussion among leaders and it should be conveyed thoroughly to the followers; that it is an act of wastefulness when these government-owned structures and properties are destroyed or left to degenerate.

Other laws against the mishandling of public properties should be more active and not selective in order to achieve the desired effect. Public office holders should lead by example in the discharge of their duties and managing resources as this will have a ripple effect of exemplary way of life on all and sundry.