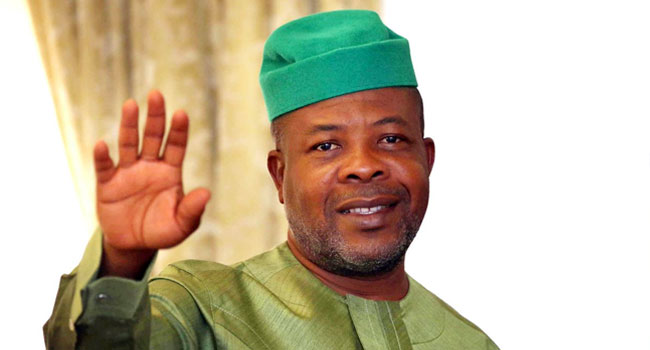 In response to the State House of Assembly’s request, the Imo State Executive Council has declared a state of emergency on infrastructure.

The Assembly had in a motion recently resolved that the State Government takes steps to declare State of Emergency in all infrastructure in public works and health.

The Deputy Governor, Gerald Irona, who presided over the meeting in a statement reiterated the resolve Chief Emeka Ihedioha led administration to tackle the decay in infrastructure in the state.

The statement made by the Council was contained in a statement signed by Dr. Walter Duru, an aide to the deputy governor.

“Among the areas considered for immediate intervention are: the poor state of roads in the state, the flooding challenge, particularly, within the state capital, among others.” It added.

They include, Otamiri, which has been in state of disrepair for eight years the flyovers, tunnel at Imo Concorde Road, among others.

Irona also revealed some of the roads and other infrastructure considered for immediate attention to include, the Federal Polytechnic, Nekede-Ihiagwa-Obinze road, Assumpta- Control Post axis, Mgbidi-Oguta road, MCC-Toronto junction, Aba Bridge-Mbaise road, among others.

Consequently, the council also approved the sum of N49,845.00 million for the rehabilitation of the Otamiri Water Scheme, which supplies water to Owerri residents and environs.

“The approval followed a recommendation by the Management of Imo Water Corporation, considered by the State Executive Council.

He assured stakeholders that the state Government would monitor the rehabilitation process, with a view to ensuring that it is done according to specifications.

“He explained that the project will be executed through direct labour, while the approved funds shall be released in tranches.