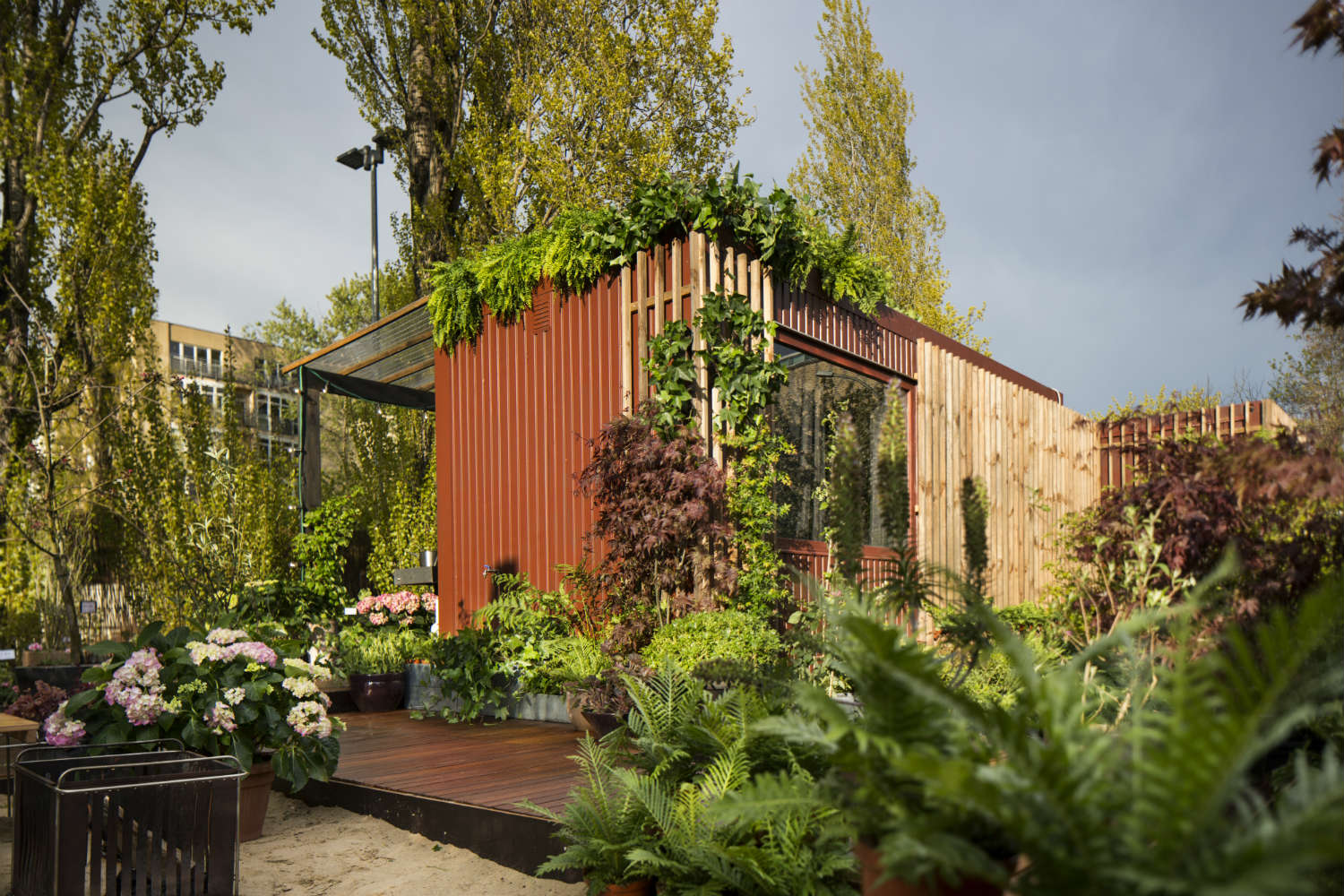 Birds tweet and shears snip as one of Berlin’s many urban gardeners tends her city centre allotment, but behind the tranquil scene a battle is raging over the real estate.

“Schrebergärten”, or allotments, offer city dwellers a chance to grow plants and vegetables in small, private gardens and provide a green-leafed retreat from the hustle and bustle of inner-city life.

Berlin has 71,000 allotment plots spread over 890 settlements, often alongside busy railway lines or motorways. They make up three percent of the city’s surface area, according to local government figures.

Three-quarters of them are owned by the city and rented out for a modest fee.

“Two years ago, we celebrated our centenary,” recalls Suzanne Johnson, 60, of the Eschenallee allotments in the Tempelhof district where she has been lovingly cultivating her plot for 10 years.

She picks some radishes, proudly shows off her tomato plants and points to a small pond in the corner, where she marvels that every year dragonflies are born.

However, the atmosphere has become more that of a battleground than urban paradise.

Signs hanging around the allotments declare that plot owners are “Against Demolition!”.

The site – one of 15 in Berlin earmarked for demolition from next year, according to a draft by city planners – will be torn down to make way for a school.

“I think we should be able to find another solution,” says Johnson, referring to patches of wasteland dotted around the city, because allotments are “also a part of Berlin“.

The “Schrebergärten” have been around for 150 years. During the industrial revolution, workers were given a plot to help fight malnutrition.

Later, in wartime, they helped feed the local population and, after 1945 when much of Berlinwas in ruins, the allotment sheds were used for emergency housing, which is banned today.

Then, during the Cold War when West Berlin was an enclave inside the communist East German state, allotments were “extremely coveted”, Johnson said.

“At that time, there was no chance of getting away to the surrounding countryside,” she said.

But the Berlin Wall is long gone now and the allotments’ existence is under attack as the capital city struggles to meet demand for housing.

Some 50,000 people are moving into the city each year, increasing the need for homes and sparking steep rent hikes, to the point that Berlin‘s senate voted this month to freeze rents for the next five years.

Housing experts say the city needs 200,000 new homes by 2030, putting allotments, often rented by the elderly and families, firmly in the sights of real-estate developers.

A year ago 54 percent of Berlin residents indicated they backed the complete or partial destruction of allotments, according to a survey by the Respondi institute.

Being able to afford housing “is a right”, but gardening is “a privilege”, argues real-estate investor Arne Piepgras, who is pushing city authorities to “put an end to the madness” of allotments.

‘When a garden dies…’

Piepgras describes the rent rise in Berlin as “unbearable”.

If all of Berlin‘s allotments were torn up, he says that 400,000 social housing units with vegetable gardens on the ground floor – as was common in 1920s Berlin – could be built, solving its housing problems.

READ ALSO:  BUA Cement rules out plans to increase the price of cement

However, Jürgen Kropp, a professor at the Potsdam Institute for Climate Impact Research, told AFP that razing all allotments would presume they “are worthless” while, with global warming, the opposite was true.

Kropp insists that allotments, thanks to the plants they grow, help control temperatures during heat waves, drain rainwater after storms and are a rich source of the fauna and flora that a healthy urban environment needs.

“Of course we need these oases, especially if we continue to build with concrete,” he argues.

At her allotment, Johnson admits she pays little for her beloved plot, €300 per year after buying the lease for €2,000.

“But we don’t spend our time tanning ourselves on sun loungers — our work benefits everyone,” she says.

School classes regularly visit, and in autumn, bags of free apples are hung at the entrance for passersby to take home.

In her eyes, “gardens are social infrastructure” worthy of preservation and, while a building can be rebuilt, “when a garden dies, it dies for good”.