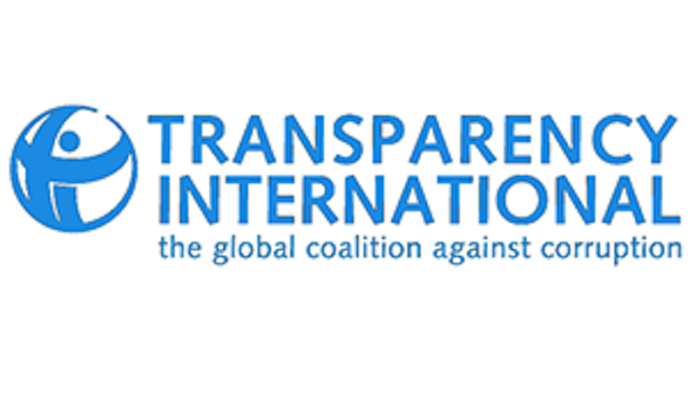 Transparency International (TI) has alleged that international enablers headquartered in Beijing, Dubai, London and New York are parts of every single illicit transaction perpetrated in Nigeria, costing the country $18 billion per annum in tax evasion.

TI, also, observed that Nigeria had witnessed significant recovery of stolen assets from different countries worldwide, though lamented that absence of a harmonised stolen asset recovery regime had led to the re-looting of the recovered assets.

TI’s Head of Nigeria Office, Mr. Auwal Rafsanjani made this allegation during a virtual special session of the United Nations General Assembly against corruption, which ended on Friday.
At the session, Rafsanjani lamented that corruption in Africa, especially Nigeria, “is aided by legitimate enablers that are only seldom held accountable and punished.”

He noted that Nigeria yearly “loses around $18 billion, most of it on tax evasion. International enablers headquartered in London, New York, Dubai and Beijing are part of every single illicit or corrupt transaction of significant proportion.
“The current situation is very bad. Putting things into perspective, Nigeria loses about $15bn to $18bn annually to illicit financial outflows like money laundering and the likes.

“Financial institutions, lawyers and other notaries help to facilitate Illicit Financial Flows (IFFs) and Money Laundering (ML). International jurisdictions that have become tax havens and allowed shell and shelf companies exist are also vehicles and destinations for moving these illicit funds out of developing countries.
“We also have cases of big companies finding loopholes in tax laws to prevent themselves from paying their fair share of taxes,” TI’s country representative alleged.

He said Nigeria had witnessed in recent years significant recoveries of stolen assets from abroad, noting that stolen assets recovered from the late tyrant, Gen. Sani Abacha was almost $2billion from the UK, New Jersey and Switzerland.

Despite what had been recovered from the late tyrant, Rafsanjani alleged that Abacha might have stolen “close to $6 billion. He inflicted incalculable social damage on the entire Nigerian population. Nigeria has experimented with a number of modalities on the management of international asset return.”
TI’s country representative, equally, lamented that some early recoveries were re-looted due to the lack of domestic management recovery framework and also due to incompetence of the international oversight.

“More recent recoveries reflect the growing realisation that civil society needs to be part of the monitoring of the management of the disbursement of recovered assets and they should be part of the entire asset recovery process from pre-investigation to the stage of disbursement of the recovered assets.”
Rafsanjani lamented that the victims of corruption “are not part of any stage of asset recovery in Nigeria. International asset recoveries follow bilateral agreement, which oversee and neglect the issue of identification of victims.”

In some cases, he explained that some attempts “have been made to prefer SDG financing or pro-poor allocation of compensation. However, no real standard is in place.”
Instead, according to Rafsanjani, countries of origin prefer ‘tangible mementos’ such as infrastructure projects, etc. that have nothing to do with the compensation of the real victims of corruption in the majority of asset returns;

In principle, he said there was a growing recognition in the Nigerian criminal law that there was a need to go beyond the notion of punitive justice, towards a solution that was more inclusive and encouraged the participation of victims and recognised the need to provide effective remedies for victims of crimes.

In practice, however, he explained that the courts were operating under the myth that corruption “is a victimless crime, partly because of the narrowed conception of corruption and the perceived legal challenges such as causation, legal standing, and evidence-gathering, victims of corruption are not identified.”
According to him, those who are economically and socially disadvantaged are the biggest victims of corruption, but have no access to the representation about their economic and social damages.

He said: “But it may be difficult to quantify the cost of corruption in most cases. This does not make the harms less real and deadly for Nigerians.”
He, therefore, challenged the UK, Dubai and other Island nations “to ensure that their financial institutions conduct proper Know Your Customer (KYC) measures or Enhance Due Diligence (EDD) as required by the Financial Action Task Force (FATF) and other global standards to combat money laundering.
“Having a beneficial ownership register that is accessible to the public is also very important in combating money laundering and illicit financial flows. The countries should ensure that companies who conduct businesses in developing countries pay their fair share of taxes in the countries where those profits are made.”