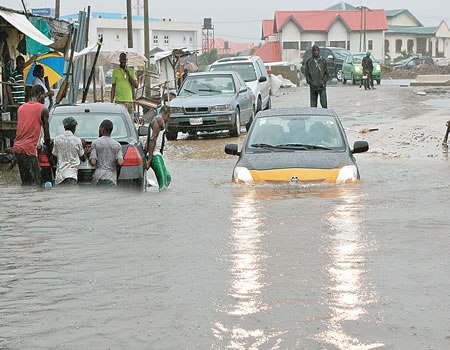 The Federal Capital Territory Administration (FCTA) has given two weeks ultimatum to residents of Ipet-5 Estate in Lokogoma district, in Abuja Municipal Area Council (AMAC), whose buildings are along waterways and road corridors, to vacate the areas.

Recalled that barely few weeks ago, the waterways along the Lokogoma corridor were heavily flooded and swept away several houses including a young boy of 17 years after a heavy downpour.

Handing down the ultimatum during an unscheduled visit to the estate, the Federal Capital Territory (FCT) Permanent Secretary, Sir Chinyeaka Ohaa, stated that at the expiration of the two weeks ultimatum, government would move in and demolish all structures along the corridors.

Ohaa explained that the buildings be removed by the administration,after the ultimatum are structures built on 20 meters  from the both sides of rivers, adding that the buildings along the water ways and road corridors, in the estate, are the cause of the perennial flooding in area.

The permanent secretary also advised residents to always conduct necessary due diligence before agreeing to buy any property, to avoid paying for wrong things or wrong places.

Also speaking, chairman of Lokogoma 11 Residents Association, Stanley Ugwu, revealed that most of the affected buildings were bought from the developers, adding that the owners of the buildings never believed that due diligence were not conducted before the building were sold to them.

Ugwu therefore appealed to the FCTA to assist the affected building owners to get compensation from the developers, adding that it is only the administration could enforce such action.