We spend a considerable part of our lives in the sitting room, so most people spend a significant amount of the house budget to make it as comfortable as possible.

One would think a Nigerian sitting room is like any other sitting room around the world, but you will be wrong about that. A glimpse of old Nigerian Nollywood films will take you through a time travel of how Nigerians like to set up their sitting room with some peculiarities and how much they’ve evolved.

Before popular TV sitting rooms, sitting rooms were usually formal and centred around the colossal radio station with less comfort. And then came the television. 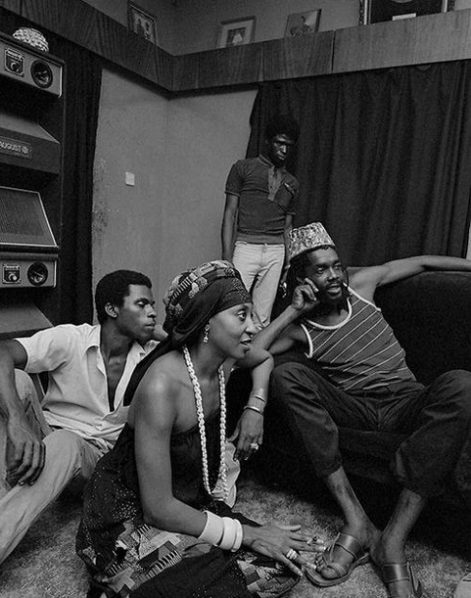 The black and white television powered by vacuum tubes saw the rise of televisions in homes in the early ‘60s when the new Nigeria republic was on its way. The heavy vacuum TV usually had a dedicated wooden cabinet with a shelf and double door cupboard, usually below.

A telltale sign for the ‘60 to the ‘70s Nigerian sitting room is the main armchair type furniture, rarely a couch. Close to the room’s ceiling are wooden frames at both ends of the wall; the family portrait photos are hanged on them, which gives a typical clumsiness by the definition of modern interior decor.

Suppose you’ve given closer attention to the typical average Nigerian sitting room; one will notice that every decade had a particular charm in the sitting room setting. The advent of Nigerian homemade film in the early nineties and more TV channels meant more time would be spent in the sitting room and a need for a more homely feel.

In the early 1990s, things began to change, and people wanted more space around the sitting room, less decor. The common peculiarity of this era was the glass-topped centred table and also stools. They gave some illusion of being there but not there entirely, pretending not to take much space. The room is commonly floored with red-coloured carpet. 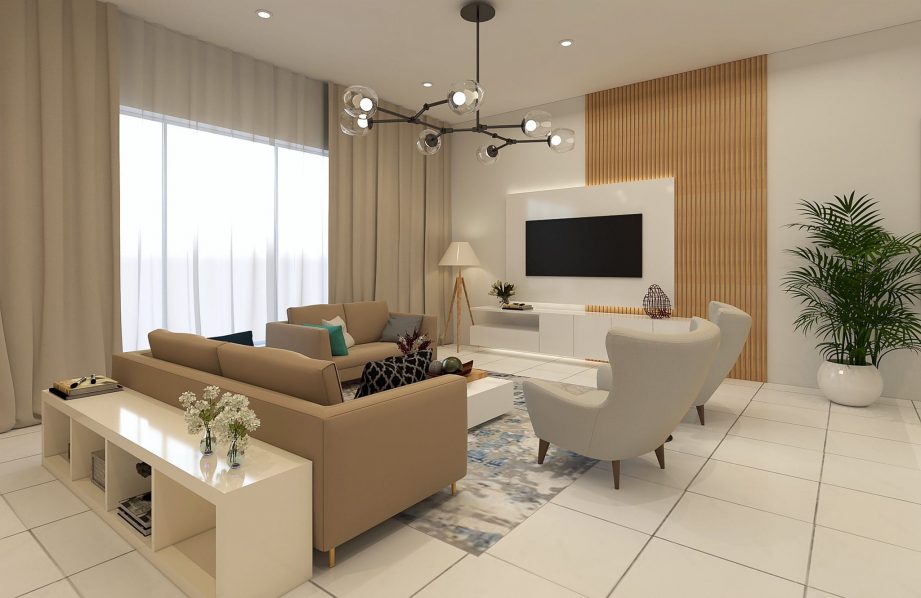 Fast forward to today’s day, the thick television is now a slim screen as thin as four (4) inches and can even come in a curve. So what has changed in the modern sitting room?

The Nigerian middle-class modern-day sitting room is more spacious than any sitting room has ever been; less choky with simplicity as an interior taste. With designs getting flat, modern sitting room plans have the POP (Plaster of Paris) powder on the ceiling, a beautiful chandelier at its centre, and typically comfortable couches to complement it.

A unique permanent space is dedicated to the flat LED TV and sound system, and sometimes a TV console below to carry every other accessory. The room to hang the TV freely often means TV doesn’t have to be placed on a large tabletop as it used to be before. This single and straightforward change has provided a lot of space in the modern Nigerian sitting room.

And unlike three decades ago, blinds are gradually taking over the window. The thick curtains often used in the ‘90s and early 2000s have mostly been replaced by easy open and close blinds creating room for better aeration. Unique artworks are strategically placed to welcome incomers with less attention on family portraits.