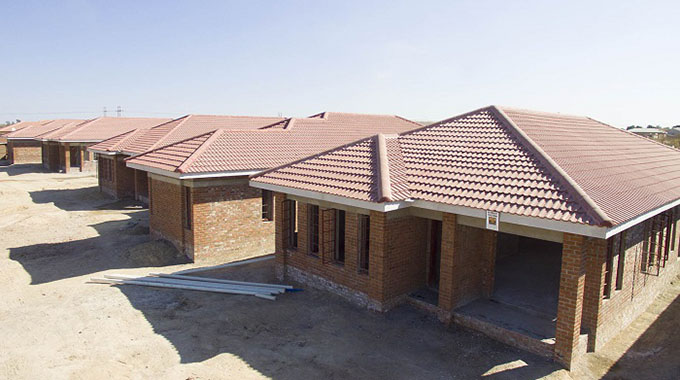 IT is time Africa looks within to solve some of the challenges hampering development on the continent, a senior Sierra Leone government official has said.

Availability of decent housing has been a major challenge across the continent that has continued to experience a population boom.

However, Sierra Leone’s Deputy Minister for Lands, Housing and the Environment Mr Rex Bhonapha, who was in the country for a three-day visit, notes the continent has solutions to its challenges.

The West African government official made the remarks last Wednesday at a farewell cocktail organised for him and members of his delegation at a local hotel in Harare.

“This mentality of always looking for Europeans to come and solve our challenges should stop! Artificial barriers created by colonialism should not separate us.  We should pull our resources together and develop each other,” said Mr Bhonapha.

The deputy Minister led a business delegation from Sierra Leone that flew into the country on Monday to finalise their housing deal with a local property developer, Enhanced Mortgaging and Housing Africa (EMHA).

This follows a Memorandum of Understanding (MoU) that was signed between EMHA and Sierra Leone Housing Corporation (SALHOC) in February this year in Freetown.

EMHA was represented by its managing director Yussuf Dimoso and chief operations officer Felix Musewu while SALHOC got representation from its general manager Charles Albert Musa and his deputy Emmanuel Tonny.

In the country, the delegation visited various housing projects being managed by the local firm in areas like Chitungwiza, Harare, Mutoko and Murehwa.

The million dollar deal will see the two parties working together under the Housing Development Partnership (HDP), to construct more than 100 000 housing units in both countries.

Mr Bhonapha said he was impressed by the progress made by Zimbabwe thus far in economic turnaround efforts.

“I’m happy this country has defied odds. We all have similar problems in the continent but Zimbabwe’s challenges are worsened by economic sanctions that you, however, have successfully fought by setting up thriving businesses.

“This partnership should aid our respective governments’ drive to provide decent and affordable accommodation for the low and middle-income earners,” he adds.

Construction work under the agreement is now expected to kick-off with the initial phase targeting to produce a combined figure of at least 50 000 housing units over a five-year period. The contractor is also supposed to develop schools, clinics, hospitals, police stations and road networks for the areas.

The list of home seekers continue to blossom with each passing year.

This is due to the fact that the costs involved in purchasing a piece of land and the actual construction work is beyond many.

Most construction companies and banks are reluctant to engage low-income earners as they usually target high spenders.

This, however, stands against Zimbabwe Government’s Vision 2030, a radical economic transformation programme aimed at turning the country into an Upper Middle-Income economy.

Among people that have benefited from their home equity loan system are street vendors, farm workers, public transport and truck drivers. Civil servants are also joining the list.

To date, EMHA has started developing housing units in Zanzibar, Tanzania and Ghana while plans are underway to spread wings to Kenya, Botswana and Burundi.

At least 10 000 housing units are supposed to be constructed in different parts of Zambia under the deal over a two-year period.

The project is part of “Zambia’s Presidential Housing Initiative” aimed at providing houses for all.

It is targeting low and medium income earners with a 70 to 30 percent distribution ratio respectively.

These include civil engineering, plumbing, painting, building, electricians, brick laying among others. There is an equal job creation opportunity clause under the agreement.

“Africa needs a serious paradigm shift. Our company has entered into a number of partnerships with different property developers across the continent. This is our way of proving that it is not only the West that brings development, we can also do it ourselves,” said Mr Marange.

Working with various urban councils, the firm’s efforts have gone a long way in aiding Government to reduce a housing backlog that currently stands at 1,25 million units.