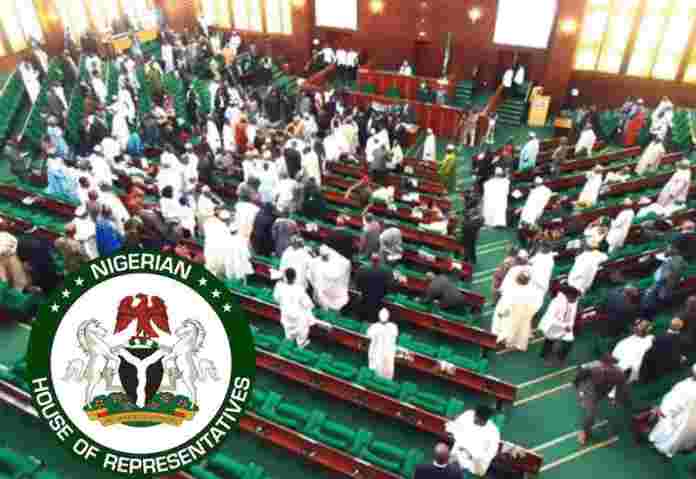 The House of Representatives has called on the Ministry of Works and Housing to immediately commence emergency repairs of the failed portions of all federal roads across the country with a view to easing hardship on motorists and Nigerians.

This is just as Ondo State Governor, Oluwarotimi Akeredolu, has lamented that his administration has continued to fix deplorable federal roads without refund from the federal government.

The resolution of the House of Representatives followed the adoption of a motion of urgent national importance moved at the plenary yesterday by the Deputy Minority Leaders, Hon. Toby Okechukwu.

Moving the motion, Okechukwu decried that a gully had suddenly emerged on the Onitsha-Owerri Expressway around Oraifute, Ekwusigo Local Government Area, Anambra State.

He said the development had cut the expressway into two parts leading to the entrapment of a fuel tanker laden with diesel in the gully.

The lawmaker stressed that it took the intervention of the personnel of the Federal Road Safety Corps (FRSC) to ensure that the contents of the trapped tanker was trans-loaded while the remaining portion of the road remains closed, to avoid loss of lives.

He expressed worry that the Onitsha–Owerri Expressway offers a bypass to several communities in the south-east as well as connects the south-east and south-south geopolitical zones of the country.

The Deputy Minority Leader said the present condition of the road has made the road completely impassable as the same poses great hardship to motorists, other road users, host communities and constitutes threat to the lives of the people; hence the need for urgent government intervention.

The lawmaker pointed out that several portions of the Enugu-Port Harcourt Expressway are failing even while the contractors are still on the site.

Okechukwu expressed concern that the rehabilitation works on the Enugu-Onitsha Expressway had been abandoned as evident in the immense hardship being experienced by motorists and other road users in the Amansea section of the expressway.

He lamented that the economic wellbeing of the people was in serious jeopardy which could lead to a great humanitarian and security crisis.
Okechukwu said the precarious security situation across the nation which may present opportunity to criminal elements to take undue advantage of these situations.

The House resolved that: “Call on the Minister of Works and Housing to commence urgent emergency repairs of the failed portion of all federal roads across the country with a view to easing hardship on motorists and Nigerians.”

Meanwhile, Akeredolu who spoke while inspecting the rehabilitation work being done on the road at Ayede-Ogbese/Owo Expressway in Akure North Local Government Area, pointed out that hundreds of millions had been expended by the state government to fix some federal government roads.

He noted that the state had earlier carried out several intervention works on many federal roads in the state despite the dwindling resources, without getting refunds from the federal government.

The governor who was accompanied to the site by the state Commissioner for Lands and Infrastructure, Engr. Raimi Aminu, explained that the Ayede-Ogbese road was being repaired by his administration to alleviate the suffering of the people playing the road.

The governor, who described the road as the link to the northern part of the country from the south, urged the federal government to allocate more funds to the state to be able to carry out more developmental projects for the benefit of the people.

According to the governor, the Ayede-Ogbese road which was constructed over 20 years ago required major maintenance including resurfacing.

The governor also listed some of the federal roads rehabilitated by the state without getting refunds to include the road affected by a blast at Ilu-Abo in 2020, Ifon and Ipele junctions, among others.

“We can say it that the federal government has bitten off more than it can chew. Often times, most of the federal roads get spoilt. Even the Federal Road Maintenance Agency set up by government is not able to rise up to the occasion on time.

“But whether we like it or not, these roads are being used by our people, and we have no option than to look for money, in spite of lack of finances, to carry out this sort of intervention,” he added.

Akeredolu said, “a numbers of time we have this type of intervention we don’t get refunds. We have done this in few places like when we had the big blast last time at Ilu-Abo, along this road, which cost us hundreds of millions. We did it but till tomorrow, federal government has not refunded us.

“We are not too sure whether they will pay for this one we are doing again. We just have to do it for the sake of our people. Those who use this road are not just only our people, this is the link to the north from the south. It is very unfortunate, and I believe the federal government should come into this,” the governor stressed,” he added.