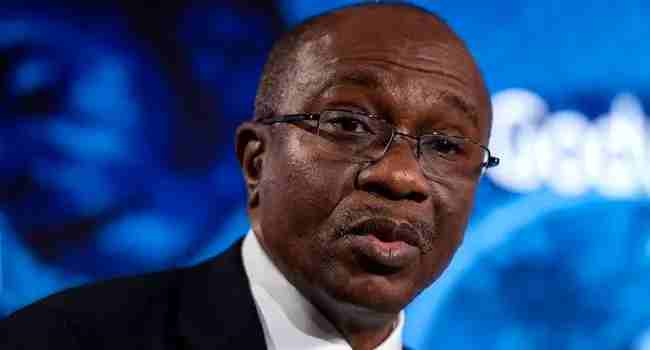 The Central Bank of Nigeria (CBN) has committed over N1.3 trillion to various intervention programmes, in order to boost the economy, in the last one and half years following the outbreak of the COVID-19 pandemic.

The Director of Corporate Communications of the bank, Mr. Osita Nwanisobi,  disclosed this, yesterday, at the 16th International Trade Fair organised by the Abuja Chamber of Commerce and Industry (ACCI) .

The Bank’s critical objective was to restore stability in the economy by providing assistance to individuals, SMEs and large corporates that had been severely impacted by the pandemic, as well as by the lockdown measures during the period.   Some of the measures taken by the Bank include, amongst others:

The CBN spokesman said that another N134.57 billion was given to 38,140 beneficiaries under the Agribusiness/Small and Medium Enterprises Investment Scheme (AGSMEIS).

Similarly, he disclosed that over N756 billion to 3.7 million farmers cultivating over 4.6 million hectares of farmland under the Anchor Borrowers Programme (ABP).

According to him,  N98.41 billion was disbursed in loans to support 103 healthcare projects, of which 26 were pharmaceutical companies and 77 healthcare institutions.

Said that Nigeria and other  African countries that were signatories to the Agreement were expected to benefit from the elimination of tariff and non-tariff barriers (lowering trade costs and simplifying customs procedures) among member nations.

READ ALSO:  CBN releases selection criteria for its ‘100 for 100’ policy

He added, “AfCFTA also provides  Nigeria and other member countries with access to a large market, as movement of capital, people, goods and services would become easier within the free trade area.

“Similarly, it will facilitate increase in trade volumes, competitive prices and technological transfers among member countries; and serve as potential to boost intra-African trade, lift over one hundred (100) million Africans out of poverty while increasing wages including those of women and the unskilled workers if implemented successfully.’

The director expressed optimism that AfCFTA would increase inflow of foreign investments which would strengthen the foreign exchange market.

“At the Central Bank, we continue to take active steps and make policies to encourage growth and sound financial system, which would foster economic development, restore confidence in the economy and effectually conserve the reserves,” he added.

Mr.Nwanisobi urged Nigerians to focus on the production of items in which the nation comparative advantage “and also buy Nigerian products to grow Nigeria as a nation that is totally self-sufficient in producing what we consume and creating jobs for our youth will ultimately drive sustainable growth that will make life better for all our citizens.”

The apex bank spokesman assured that the institution, under the leadership of the Governor, Mr. Godwin Emefiele, would “not rest on its oars until Nigeria gets to its destination of inclusive economic growth and sustainable development.”

In his address, the President, ACCI, Dr Al-Mujtaba Abubakar, who was represented by the 2nd Deputy President, ACCI, Prof Adesoji Adesugba, commended the CBN its Programmes and policies toward boosting the economy.

READ ALSO:  Sydney could soon be home to a giant ‘hybrid timber’ building-Australia

He acknowledged the impact by the CBN programmes on keeping economic activities going despite the ravaging Coronavirus (COVID-19) pandemic.

According to him, “We understand the dimension and the depth of issues involved in being a Central banker in times of national economic emergency.

“Having said that, I want to state that only during the Nigerian civil war has any Central banker faces current level of economic complexity occasioned by multiple factors, many of which are beyond the control of the Central Bank.

“The global pandemic (COVID-19), added to local economic peculiarities, present enormous threats and opportunities to the apex bank. When insecurity is added, the ecosystem defies the best of innovations and out of box thinking.

“We want to note, however that despite the perplexing operating space, the Nigerian Central Bank leadership has transformed threats to opportunities. Under my brother and colleague, the Central Bank Governor, Chief Emefiele, the apex bank has come to the rescue of the nation by embracing developmental financing tools to contain a recession that was dovetailing into depression.

“The many interventions of the CBN significantly restored GDP growth and created the resurgence of the non -oil sector as a critical segment of GDP.”